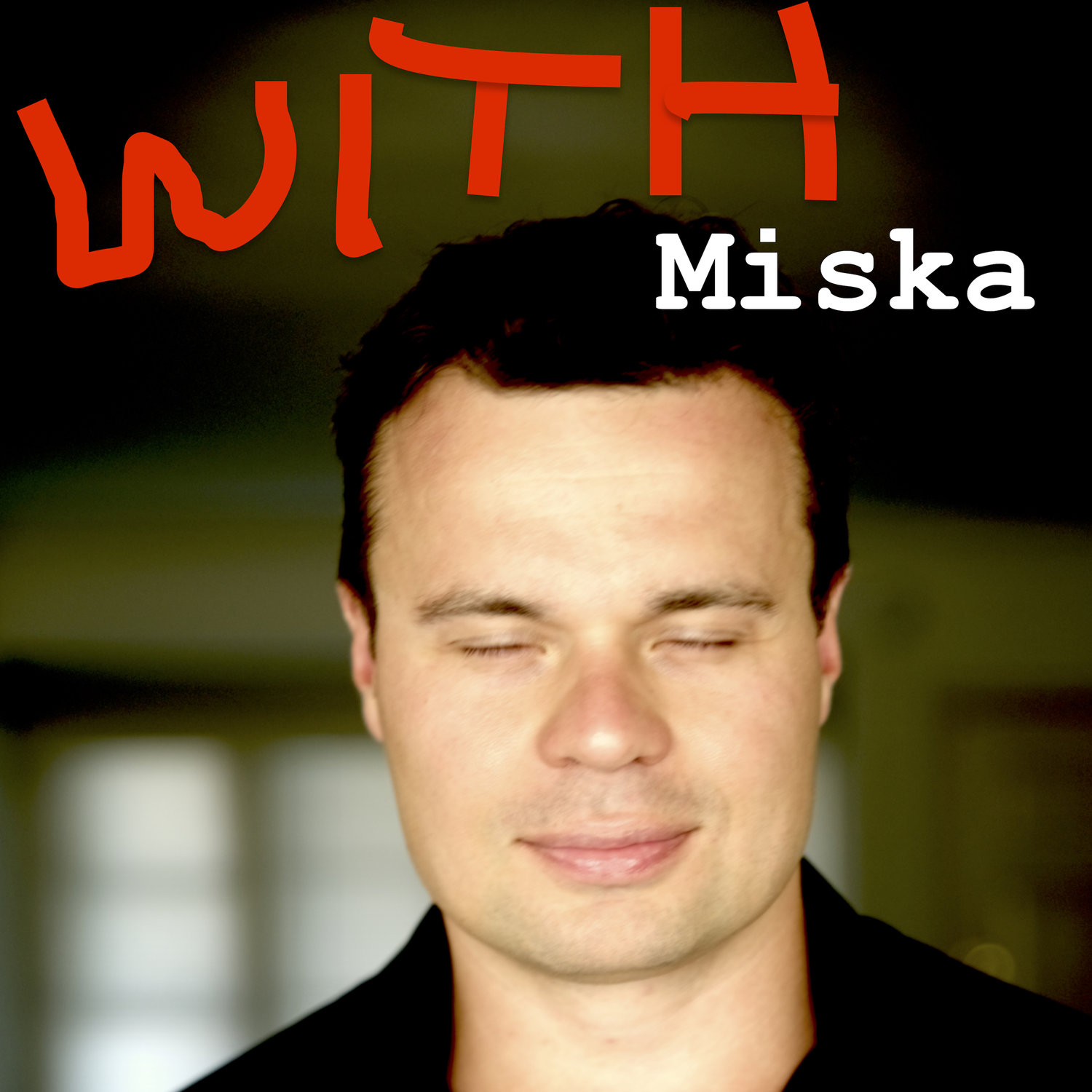 Actor and comedian Miska Kajanus talks with inspiring people who work in the entertainment industry. He finds out how they made it. Or how far they made it.

Teemu Aromaa! This episode will be in Finnish. I spoke with Teemu online as he was in Finland, and I was in LA. The sound quality is good, even though there is a slight time delay in our dialogue. I have known Teemu for around 20 years, and he is a good friend of mine. We haven’t seen each other a lot lately, because I have been in LA. So it was great to catch up with him. We talk about what’s going on in his life, and also how coronavirus is effecting his daily life and work. He’s also asking how I’m doing. This episode gives an awesome insight into how it is being a working actor in Finland. Teemu has been working pretty much non-stop since he graduated from Theatre Academy in Finland in 2000. Great talk! Teemu’s Instagram: instagram.com/teemuaromaa We both are members of Finnish improv group VSOP: instagram.com/improvsop

Eero Heinonen! This episode will be in Finnish! Eero is mainly known as the bass player of Finnish band The Rasmus, but I met Eero when he was the Director of Photography for a feature film I directed, Vihanpidot / Insanity. We spent some intense nights in a cabin in forest whilst we were filming the horror movie. Eero visited me for a night in Los Angeles recently, and it was great to catch up with him. He’s working on a documentary type of project and he wanted to set up a talk for us with that in mind. There were specific subjects we were supposed to cover, but we had such an interesting and broad talk, that here it is for you. We recorded it outside in Hollywood, so I apologize for the sound quality. Enjoy our talk about meditation, The Rasmus, Hollywood, and many other things! Links to The Rasmus: therasmus.com instagram.com/therasmusofficial Link to the Finnish trailer of Vihanpidot / Insanity: youtube.com/watch?v=vZHj9XeSUAk

Juha Ilmari Laine! This episode will be in Finnish. Juha Ilmari Laine is a Finnish filmmaker and an acclaimed music and commercial video director. He has won many awards for his work in Finland and abroad, including 2018 Kultapumpeli, the main award at Oulu Music Video Festival. I met Juha in Los Angeles through No-Office few years ago, and we have since collaborated in over 20 projects together. Juha was also part of the crew that made our feature film Someone Somewhere happen, which opens in Finnish theaters November 8th 2019. This is a great and fun talk about filmmaking, life, and comedy. In Finnish. Juha’s website: http://juhailmarilaine.com/ Juha’s KANSAN KASVOT Instagram: https://www.instagram.com/kansankasvot/

Martin! This episode will be in English. Martin Harris / Martin Harasimowicz is a Polish-born actor and comedian, who has also been a comedy promoter in the past. He has been in LA for many years now, and carved a life in entertainment business for himself. Martin is a good example how a career for a foreign actor with an accent can work. This is a great international talk about life in Los Angeles! Martin’s Instagram: https://www.instagram.com/martin_harrisla/ Martin’s Twitter: https://twitter.com/martinwharris

Corsica! This episode will be in English. Corsica Wilson is an LA actress and a friend of mine. I have worked with her on many projects with both of us as actors and as producers. I knew much about her, but doing the podcast allowed me to have a great talk with her and find out how she ended up in LA, and how she's liking it. And how she's making it happen here. If you want to know how the real life of an LA actor and writer is, this is a great look into that. We talk about auditions, life, and of course how she used to work for Postmates. Also, if you're planning to move to LA, or if you're new here, this is a great episode for you! Corsica's IMDb page: https://www.imdb.com/name/nm3355632/

Tomi Tajakka (Remmel) is Finnish musician who has been touring the world with his band Steve ’N’ Seagulls for few years now. They became a viral hit with their bluegrass versions of hard rock songs, including AC/DC’s Thunderstruck (over 43 million views!) We had a great Skype conversation as he was in Finland, and me in Los Angeles. I have known Tomi since we were kids, and we are from the same town Iisalmi, Finland. I talk with Tomi about his journey, and I also try to find out what it feels like touring the world, and if he's living the dream. Their band page: stevenseagulls.com Thunderstruck / Steve ’N’ Seagulls: youtube.com/watch?v=e4Ao-iNPPUc

Miro Laiho is a Finnish film producer who runs his own production company Time Films. He also has a movie trailer music company Epic North, which has made tunes to some big Hollywood blockbuster trailers. Miro talks about his path which has led this far, and how he’s pretty much still doing the same stuff he did as a kid. I recorded this episode in Los Angeles, as Miro was visiting here for two weeks. Interesting insights about life, and how trailer music business works! Miro’s companies: http://www.timefilms.fi https://www.epicnorthmusic.com This episode will be in Finnish. Yeah!

Joni is an anarchistic Finnish comedian who has also received success with his web videos. Currently he's producing his second feature film and raising a baby. Joni talks about comedy, life, and his road in getting his film made. This is a swapcast, so it's also available as Joni's podcast Savuna ilmaan. http://savunailmaan.libsyn.com/jakso-71 http://jonikoivuniemi.fi/ This episode will be in Finnish. Boom!

David! This episode will be in English. I'm talking with an American comedian David Deery. David opens up about The Comedy Store, Louis CK and about making it in Hollywood. I met David few years ago back in Finland, where he was performing in Comedy Finland event. I also opened for him there. I was impressed with his comedy already then. I thought he had a clear point of view, and I was wondering why he didn't have his own TV show in America yet. In this episode I'm trying to find that out. Lately I have been running into David in the Los Angeles comedy scene, and I wanted to hear his thoughts. This is a great episode if you want to know how the real life of an LA comedian is. mfdaviddeery.com Rock!

This is the first podcast I have ever done, welcome! Jaakko is my neighbour in Hollywood and a big inspiration to me. He has worked in music and film pretty much all his life. Mainly directing and producing, but also performing. He has worked with Backstreet Boys, Kylie Minogue and Shaggy, to name a few. Jaakko is one of the hardest working people I know, and I wanted to find out how he made it this far. So we decided to have a little chat after working on a music video the whole day and having a couple of beers. This episode will be in Finnish. Enjoy!